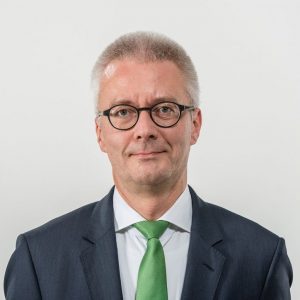 Since 2003, Henrik Stein heads up the Group Audit function of DZ BANK AG, one of the three largest banks in Germany. Previously, he was a consultant for Ernst & Young Deutschland, Advisory Services, and worked in different capacities at Dresdner Bank AG, including as Director for Group Corporate Development. The main focus of his work has always been internal audit in financial institutions.

He has been a Board member of the German IIA (DIIR) from 2009 until end of 2016 and acted last as the Deputy Spokesman of the institute. He also has been Board member of the European Confederation of Institutes of Internal Auditing (ECIIA) since 2014 and President from September 2015 until October 2017. From 2015 until 2019 he acted as President of the Banking Committee at ECIIA. He graduated from the University of Hamburg with the “Diplom-Betriebswirt” in 1989. He is based in Frankfurt/Main and has worked in several countries worldwide.

„The future of Internal Audit between formalism and agility‘‘