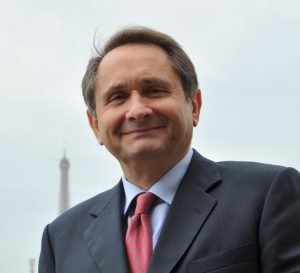 After he graduated from Ecole Polytechnique in France and Stanford University in the USA, Serge Grudzinski started his career as an engineer and then became Strategy Consultant. In parallel, he became a comedy author and performer since he could not resist to unleash his talent. Passionate about complexity of Corporate Change he founded Humour Consulting Group. For over twenty years he intervenes in corporations all over the world, as well with Executive Committees as with entire companies.

All along his 1,400 specific assignments, Serge has discovered an extreme laughter, “Irresistible Unanimous Laughter”, which solves resistance to Change and motivation losses in an incredibly powerful and fast way.

‘‘A look at complex change in our Audit world‘‘