Prague is the capital and largest city of the Czech Republic. Prague is a magical city of bridges, cathedrals, gold-tipped towers and church spires, whose image has been mirrored int the surface of the Vltava River for more than a millennium. Prague cherishes the reputation of one of the most beautiful cities in the world. 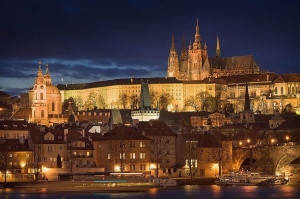 If you want to experience the magical atmosphere of Prague and see its cultural heritage, we recommend you to take a tour of Prague Castle – the most significant Czech historic sight.
According to the Guinness Book of World Records, Prague Castle is the largest continuous castle complex in the world. It covers an area of almost 70,000 m² and is also on the list of UNESCO World Cultural and Natural Heritage Sites. 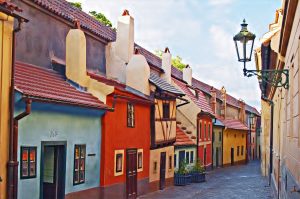 There is also a picturesque Golden Lane within the Prague Castle. The castle family lived here and perhaps even the goldsmiths (the name “Zlatnická alley” was documented from the 16th century). The writer Franz Kafka lived in the house No. 22 in the years 1916-17. 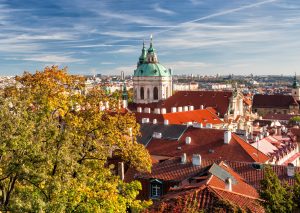 The Church of St Nicholas is the most famous Baroque church in Prague. There are different elements to the church including it’s art, architecture, musical venue and site of a Czech scurity observation point.

Church of Our Lady Victorious 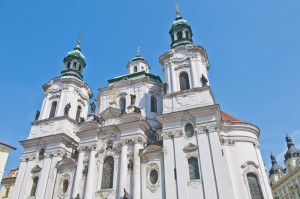 Who made the little 19 inch wooden wax covered doll is not known but we do know that The Infant Jesus of Prague originally came from Spain and was given as a wedding present to Duchess Maria Manrique de Lara in 1556 on her marriage in Bohemia. 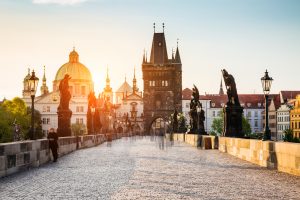 Originally a wooden structure it got washed away during a bad flood and was replaced by a stronger stone structure which became known as the Judith Bridge. After more flood damage it was basically this structure that was strengthened, repaired and formed into what you see today. It was decorated and renamed in the honour of King Charles IV. It has 30 statues of saints (15 on each side) each with it’s own history. 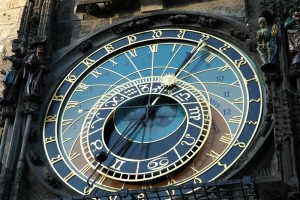 Here is where winding lanes of the Old Town run, in order to spill out onto the most beautiful square in Prague. The elegant tower of the Town Hall with the world famous astronomical clock, the proud silhouette of the fairy tale Týn Cathedral, the monumental Church of St. Nicholas and countless multi coloured houses of many styles lend this place a unique atmosphere, which will captivate all those who decide to take a look at its charm. 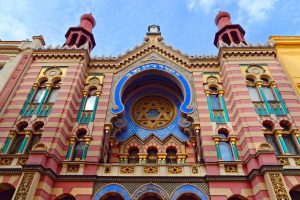 The former Jewish Ghetto in Prague has a long history, going back to the 12 th century. There is the oldest still existing synagogue in Europe – the Old-New Synagogue – and the Old Jewish Cemetery from the 15th century. Several other historical buildings are preserved in this quarter, which is called Josefov at the present time. There are various legends connected with it, which contribute a lot to the reputation of Prague as a mystical city. The Jewish Quarter is definitely one of the main places to visit