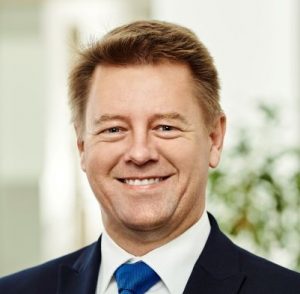 Chairman of the Board, IIA Hungary

Graduating first from the Budapest University of Economic Sciences and later from the Faculty of Law and State Sciences of the Eötvös Lóránd University, he started working at MKB Bank Zrt. in 2000. His first position was at the Work-Out Department of the Bank. In 2002 he transferred to the Compliance Directorate as Head of Unit, and from 2005 (until 2019) he became the Chief Audit Executive of the Bank at its Internal Audit Directorate. In the meantime – beside other local qualifications – Dr Gajdos received the CIA, CISA and CFE certifications. Since 2016 Dr Gajdos is a member of the Board of IIA Hungary, while in 2018 he has been elected as President. Since 2019 he is a partner of ABT Treuhand Group in Hungary, being responsible for the Internal Audit and Compliance Services. Dr Gajdos is active as presenter at various professional events.